i’m encountering here some weird bevahiour:
my project is set to

why does the track start at step 5?

Is this a bug or a feature? Can i change that so it always starts at step1 (wich is a normal behavior everyone expects i think)

after i created a new project it’s back to it’s normal behavior and starts at step1!?

This behavior is intended if you are using the live looper. It keeps the start points when you started your recording on this track compared to the other tracks.

thanks … that seems a bit strange to my use-case

is it possible to change that somehow or can you make that optionally?

This really does seem like quite a buggy behavior - can you explain what you mean by it keeping the start point compared to other tracks? I’m pretty sure what most people would expect (and in the most natural sounding implementation) the track would go back to the start when you finish recording, just like a loop pedal.

I don’t quite understand the reasoning for making this otherwise - is it meant to help keep tracks in sync with each other? It’s really confusing.

for me this behavior is expected (i’m not saying its perfect) but i tried to make a drawing to better explain why and whats happening if it makes sense to you. 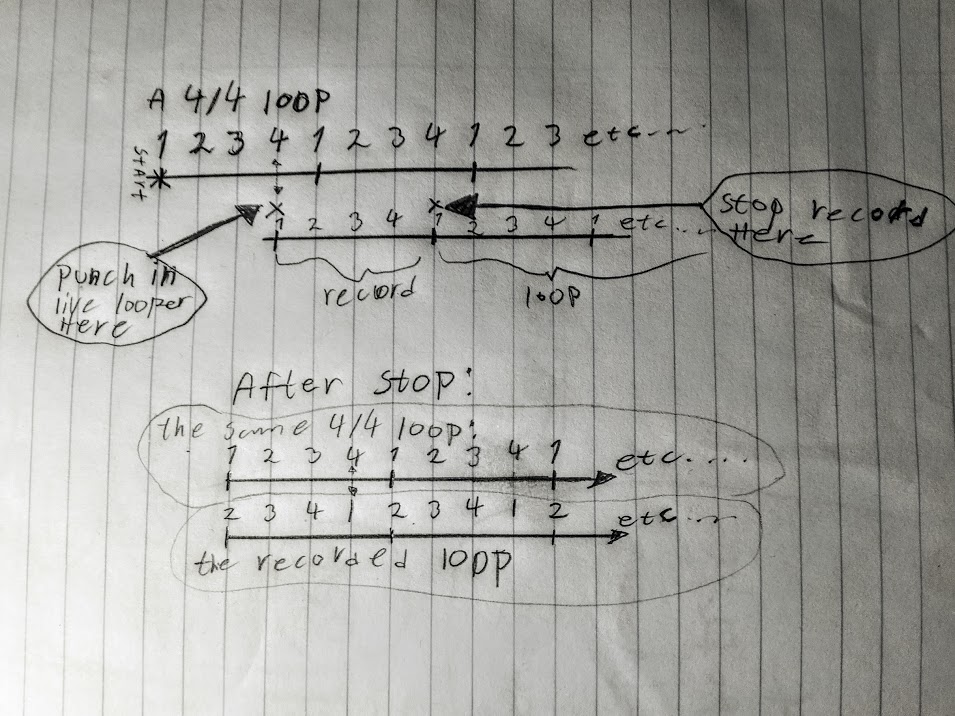 i totally understand that this makes sense, but the other way makes also sense … and it’s just annoying that there is no control about it

sorry if i made you look dumb

just wanted to make clear its not “buggy” or maybe it is, but not in this case

My advice would be to set the looper to 1 bar (could not make it start from any other then 1 with this setting.
Or turn the looper of and set the track length before you record.

Or make sure you start your recording on the 1!

This does not seem to be the behavior the live looper is exhibiting - If you record a long pattern (several bars) on top of a 4/4 loop, when you stop recording it doesn’t go back to the start of the loop like your picture suggests, it usually jumps to somewhere in the middle of the pattern, and it’s not even predictable. Is this how the looper is working for you? Because the picture doesn’t really clear things up very much, that is how it should work, but it doesn’t seem to work this way.

I’d like to have a looper that always starts at 1 like every other pattern in the pyramid but extends the length of the pattern as i play … it seemed i hav this, but then i noticed the mentioned problem, wich makes the feature almost useless to me

ah ok, sorry. haven’t used it to much but it have seemed to work for me, but i usually record short stuff with it.

perhaps i misunderstanding … but behaviour seems correct to me…

(I’ll admit it would be a nice feature of @squarpadmin could allow this ‘offset’ to be adjusted e.g. if you get your timing slightly out)

if you want the looper to start recording on the bar boundary, have you tried setting “default perform” to 1 bar. for me setting live looper = 1 bar, default perform = 1 bar, gets me pretty much what i want, even if my timing is a bit off

default perform does have other uses, so perhaps it would be nice if the live looper had its own ‘quantise start’ option - but not sure if its necessary as default perform 1 bar works nicely for me.

I was thinking exactly this… i dont get why you wouldn’t want the playback to sound/align the same way as when you played it.

That’s how I want it to work too, but it seems to be glitchy when recording long patterns - like I said, if you record a longer pattern of several bars, when you hit “stop recording”, instead of starting from the beginning again it usually jumps to some random part in the middle.

to be honest i don’t understand why it is necessary to offset the start point of a track to keep things as you played them?
when you start every track at 1 and just put the notes as played it’s all fine. No? 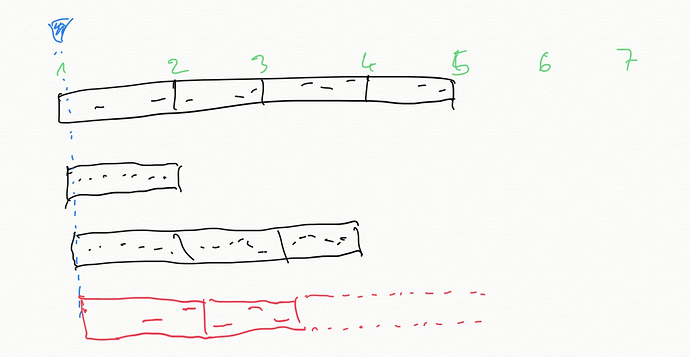 however … if that actual behavior is good for some people - fine. A possibility to modify the start point afterwards would hurt no-one who doesn’t need it - but help in some cases

Are you both using default perform = 1 bar?
Because if I have that, then I seem to get the behavior @verstaerker illustrates.

ie recording/playback starts quantised on the bar.
(when first notes are played is irrelevant)

I’ll say mainly it just seems to work for me,
I activate the looper from a pedal by counting in the using 1 bar, then start playing the next bar.
For sure like a looper pedal it takes practice to get the timing right
( or as ‘right’ as I can make it , I just call the bad timing ‘humanization

( so basically I leave default perform as beat, and just time my start manually).

If @squarpadmin is listening, I’d love to have undo/delete as a cold pedal option … for when I make mistakes ( hmm i’ll email them :))

Are you both using default perform = 1 bar?

Because if I have that, then I seem to get the behavior @verstaerker illustrates.

well yes it’s true … so maybe i had this just off , wich is why my pattern started at 5 or other odd steps