No one has started a speculation thread?

its quite speculative … as we dont know anything

i think (or hope?) its a eurorack module,
sample playback
has sd card on front, probably for sample loading.

seems to say ‘wave synth’ on it, which interesting…
perhaps allows sample as waveforms? so oscillator, wavetable, granular?

RAMPLE… what’s the R…
my first thought was RAM -SAMPLE , but RAM (random access memory) is a bit techy,
but perhaps RANDOM ACCESS… ability to change, or move around samples quickly?

what I really hope is that Squarp take the opportunity to consider how it fits with Hermod/Pyramid,
i.e. make it great without a squarp product, but even better if you happen to have one.
I think this is a missed opportunity with the Hermod/Pyramid.

certainly, tight hermod integration, would probably make it an instabuy

what a delightful little tease

ooh, even has its own category on the forum now…

in case people wonder what we are on about 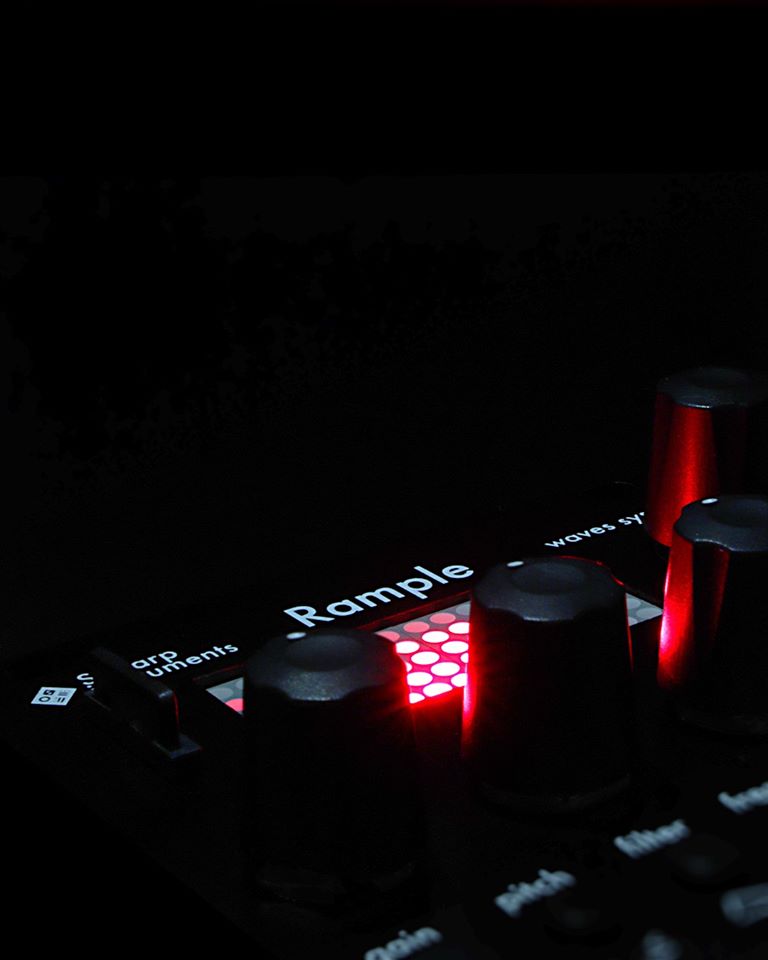 Rample is close to rompler. So I’m thinking it’s a sampler with a Pyramid sequencer.

Which essentially would make it a killer product.

I suspect it’s going to be able to control the international space station.

Really hoping this is a desktop unit…

given the hashtags, seems highly unlikely…

perhaps time to dive into euorack

these days cases/power dont have to be that expensive, and you don’t have to build a big system,
lots of people have small racks that are based around one or two key modules that they like.

If it’s powerful enough, this and a Hermod could be all you need to start and finish your modular in one strike.

i m thinking of getting a octatrack hopefully this is a good alternative.

no groovebox modules for me. and I can’t get on with working with samples inside my modular - processing external samples, yes, but storing and loading them from modules? no thanks

best of luck with the release, and please don’t forget about your first customers and their poor desktop equipment!

Got a friend who’s developing modular and desktop instruments. Generally, desktop is where business is at, he says. Modular is niche within niche, though get it right and that’s still plenty to go around.

But as he put it, a clever desktop unit can find its way into a modular setup but not as frequently, the other way around.

But if Squarp found that their user base was more Hermod than Pyramid, then this might very well be for modulars only. Hashtags would imply that’s the case.

modules tend to be more focused, less functionality - since users expect to use other modules to “complete” the functionality. this is an advantage for small developers, since it means the project is smaller / more manageable.

you can see this with the hermod vs the pyramid, whilst similar in many regards, it is simpler in others,
it does not attempt to be the ultimate sequencer.

eurorack is niche (though becoming less so) , but thats ok for small companies, they dont need to sell tens of thousands.

I think there is room for both…

the pyramid is great on the desk because you want hands on control, not being cluttered by wires.
thats why I sequence eurorack with it, even though I have a hermod (which i use for other roles)

similarly, I recently added an Octatrack…I could have chosen a eurorack sampler, but fiddling with stuff in a eurorack case I find cumbersome.

(also there is of course the fact., for pyramid and octatrack, that im not exclusively tied to modular - I have synths etc outside of it.)

but there is some overlap…
I love what Ive seen of the Five12 vector sequencer… id be tempted, expect its $$$ and the very big.
(… that said, Id be possibly prefer a desktop version of that too! )

Yep, it all makes sense and in the end, it’ll be interesting to see where Squarp’s heading with this.

I’ll guess it’s a desktop (but modular-friendly) wavetable synth / sampler, with an emphasized workflow for live sampling where the intended target for samples is a wavetable, with lots of modulation paths for creative scrubbing/blending through the wavetable(s).

I feel like speculation could also be pretty discouraging to the maker, pretty sure desktop vs modular this thing will be powerful…or it won’t be your cup of tea! That said I do dig the banter on this thread, as I’m constantly checking it for confirmed news. They just dropped a IG story without sound which was torture.

I will theorize that it is a modern, eurorack-compatible re-imagining of one of the oldest tools in mankind’s arsenal: the ramp.

This versatile device will maximize your creative workflow while enabling you to move heavy objects to elevated positions, with a user-definable number of steps for every track. And to take your projects to the next level, you can feed its output back into one of its three inputs to generate gravity-defying corkscrew slopes in real-time during playback without missing a beat, thanks to its high-resolution quantization engine. Just one of the many ways the Rample is a powerhouse tool both in the studio and on the stage. Equipped with MIDI, CV, stereo balanced Neutrik I/O, and play-tested to support up to 2500 kgs at 45 degrees, Rample is sure to find a use in any project. Rample, from the makers of the Pyramid.