Do you make albums with your squarp? how? (dawless or not)

Just curious. Do you make records? Using that term loosely like we’re still all in the 70s (cds, cassettes, streaming releases - whatever it is, but you know, an album)

How do you go about using the squarp to make your records?

I don’t want to post first, but I’ll post second or something (and yes, I mean I do make records with my pyramid, which is kinda why i wanna see what other folks are doin).

I’ve got a couple of records out, but all EPs so far (albums to me are probably more than 6 tracks). Mostly recorded and sequenced on the Pyramid, apart from drums which are done on my Analog Rytm, and obviously 303 stuff which is from the internal sequencer.

But the Pyramid is the core part of my process, everything is driven by that.

I just listened to a couple tracks off your burden of irrational optimism album. sounds rad.

so like when you say edit it down on computer… like do you record separate tracks for your hardware into your usb interface and then edit like that?

also whats ur fav interface for gettin ur hardware to the daw?!

yh and i cant seem to get my songs to be longer than 1 minute so definitely have not made a full album with pyramid. but some day!!

apart from drums which are done on my Analog Rytm

I also do my drums this way. I prefer the sequencing on the rytm for drums, plus it sounds good.

full resonance definitely takes me to some raves back in the day. sounds good to these ears.

I just listened to a couple tracks off your burden of irrational optimism album. sounds rad.

I’m on my 4th pyramid album now (yeesh). I’ve tried a few things over the years. My goal btw is to have a live set that’s somewhat comparable to the album.

This process is born out of these realities for me:

Things are complicated enough for me because I am the way I am, so i don’t like my recording process to be difficult or time consuming. I’ve invested quite a bit, but I mean, it works for me.

– First I record the track, then I move onto over dubs. I over dub any multitimbral synth that’s not on it’s own audio channel so i can get them indepdent for mixing. Then, depending on my mood, I’ll over dub delays one instrument at a time, tho sometimes I might reach for a soft delay so i don’t do this. I do reverb & master bus stuff itb so i don’t usually record that hardware for albums.

Before I had a 32 channel board, I tried to use what i call the ‘rock band’ technique. At the time I had 12 channels of IO to my mac, so I basically got really really really good at playing the songs and played them 4 times in a row at 12 channels a piece until I got sick of it, and edited the rest (oof). So for my second dawless record, I had a couple bucks and marched right down to guitar center and picked up a midas board that I’ve used on two records now and will soon use on a third.

I really like recording this way because it really pushes me to get authentic sounds out of the dawless rig. Sometimes tho, it is fun to embelish on a track in a daw, just because I mean, i built all these skills - sometimes it’s fun to crank on something kinda nuts lol. But ya, i do try to keep that to a minimum these days.

Loz, I just listened to probably should have closed the fridge and the A1 temple of set ep.

cool how different they are! these are rad. this pyramid community is great

Do you use the pyra midi effects at all on these tracks and on the fridge track how did you approach layering those rich drone sounds - like track method or pattern method? and the long note length? are they live record mode layered synths?

I actually can’t really remember making that Fridge track. I was probably drunk.

But it was more of an experiment than anything. Pretty sure some of it was sequenced on the Pyramid (most likely with a very slow tempo) and maybe using the Euclid sequencer on some elements… Then the main line was played live I think, just jamming along through shedloads of reverb.

A lot of the stuff I put on Soundcloud these days is the random experiments I’m doing that no one in their right mind would want to ever put out on a record.

Here is a more indepth post on my setup, if you fancy reading a lot.

Who's dawless? Share your setup? Other gear, studio & live setup

I was going to reply to this, but feel now like I’m intruding on some seriously deep stuff but anyway. I use Pyramid for sequencing. I record, edit and add some effects (although getting more into external effects now, for example, the UAD Astra pedal is simply spectacular) in Reaper. I’ve been using Reaper for a literal million years (2953 days according to its little counter) and I’ve always loved it, but found it difficult to come up with ideas and maintain that idea long enough to get into…

f you fancy reading a lot.

It’s not that much reading…

I actually can’t really remember making that Fridge track. I was probably drunk.

Solid effort for a drunk track.

Solid effort for a drunk track.

It’s a useful skill of mine.

I use the squarp for all my tracks.

I’ll post a vid at some point. I highly recommend using the midi loop back feature so you can do real live automation from the synth/drum machine
It’s like a computer but with out the big screen.

Here’s my EP, sequenced from Pyramid and performed/recorded completely DAWless, apart from the last track which has a couple of overdubs in a DAW. Performed directly to 2-track recording, so mixing was also hardware (via WMD Performance Mixer). 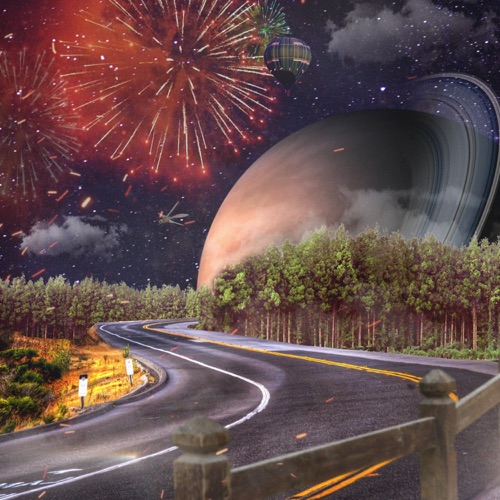 @vt100 thank you for the detailed insights, I’m moving toward a similar way of working.

While I’m more a hobbyist than a musician, I’ve made some EPs and one LP with Pyramid.

I’m running a small hardware based setup, with pyramid controlling some dozen synths and drum machines/modules, samplers, a rompler, and effects. Main keyboard is connected via USB to my computer, and routed (merged) to Pyramid MIDI in along with clock signal. all sound sources are connected via 2 patchbays to a multitracking mixer with 18 channels in and out. also a digital multitrack is handling various tasks.

My workflow is to prepare some form of jam i can play on pyramid (sequences or track mutes) with one hand, and other hand tweaking some parameters on synths and drum modules. very rough ‘idea’ for a song i then multitrack via Behringer xr18 mixer to Ardour DAW on Ubuntustudio Linux. There i do ‘some’ editing and dubs, depending on the quality of the jam how much it requires to sort of fall into place.

Ardour is sending just transport and clock to Pyramid, which allows my to record multitrack on grid for editing. I don’t use MIDI from Ardour hardly at all, but I do all MIDI magic on Pyramid. I love the Pyramid way of composing and trying different things very fast.

As for doing releases of multiple tracks of same style instead of individual songs, I tend to take some time off from making music, and when I return to studio I might make at least a jam or maybe almost a whole song per day for a couple weeks. I choose 1-3 main sound modules for the task and stick to those, to keep a similar touch and sound. I then choose the songs I wish to release, and mix and master them also in Ardour, with same kind of effects and mastering chain to make them sound well together.

Please don’t hesitate to ask if you wish to know more.

Here’s a sample song from my last 6 song EP released in january 2021, “unet on - long cold night”, track “non-repeating cycles”. also link to my playlists of my releases if you want to check them out. comments welcome. 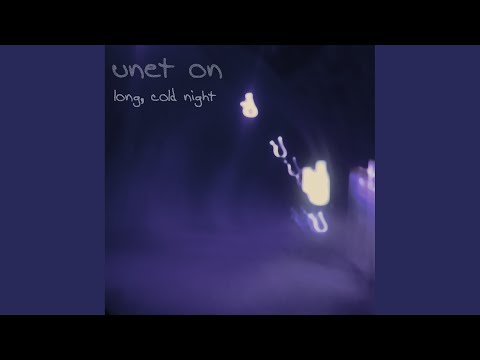 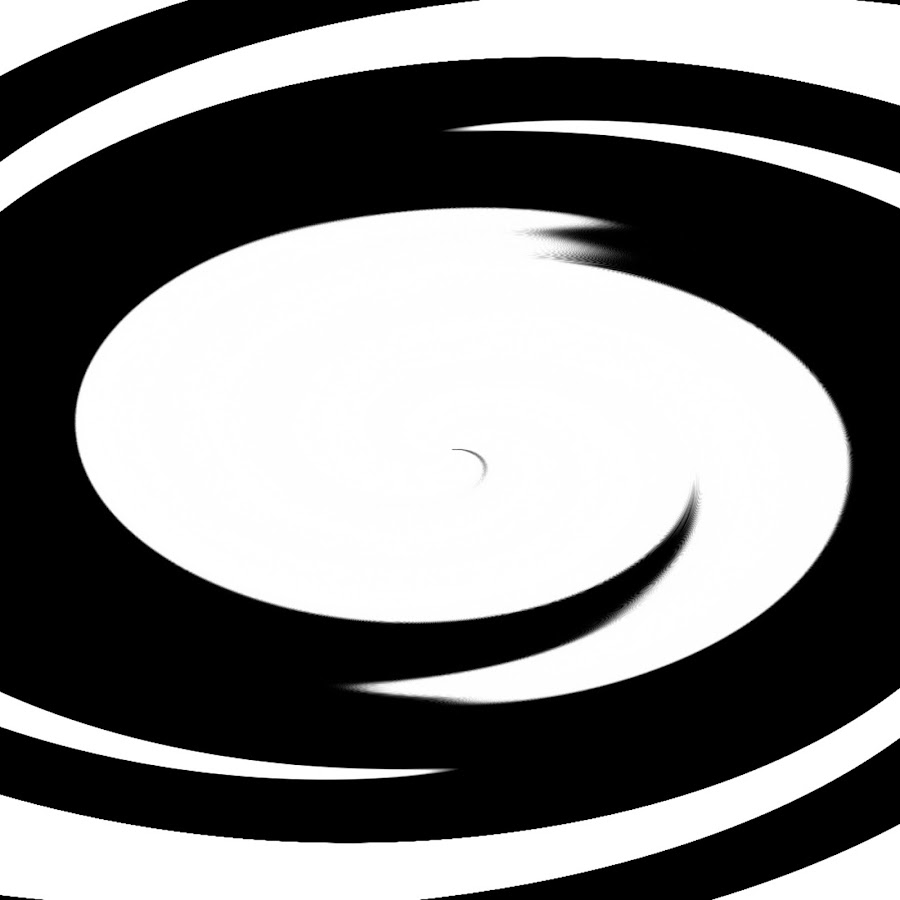 Here’s a sample song from my last 6 song EP

I recently produced an album with the help of the Pyramid sequencer.

I used the Pyramid to compose the songs and also while recording into a DAW, all notes and CCs to the instruments came from the Pyramid.

I used a Scarlett 18i20 with Octopre extension, which provides me 16 Channels and the neccesary stable and synced clock to sync the pyramid to the DAW (and by the way: The preamps and AD converters are excellent for that money).

I’m using a fixed setup of Synths (Virus C, Prophet Rev2, Digitone), Samplers (Octatrack, MPC1000) and Drums (MBase, TR8). I try to come as close as possible to the final arrangement while recording all tracks at the same time and then make the fine adjustments in the DAW.

Then I use DAW Effects to mix/master the songs and to dub them with vocals and acoustic instruments. For me that way is very productive.

You can listen to the Album here: Spotify or here Youtube

Feedback will be appreciated.

nice rich sound. super spacial and cinematic. thanks for sharing.

TLDR: I use the Pyramid with tracks pre-set & a grid workflow to makes songs easier to plan/structure. Might even have an EP finished in the next decade…

Def gonna study this thread & use some of the above ideas with the following.

Slowly working on an EP after taking a couple of years off from producing. The biggest thing for getting a consistent workflow & sound palette is to use definitions in a Pyramid default project. I use a strict set up with definitions saved to each track bank & pad:

After prepping that default project I find getting stuck into making tracks much quicker ‘cause I’ve got the visual cues & muscle memory sorted:

Pretty happy with how ideas are starting to flow with this project set up.

Thank you for your kind words. Much appreciated!