Is there a comparison of Pyramid versus Hapax? I don’t have either, I feel like I should get the Hapax because it probably does everything the Pyramid does and more, plus I don’t mind waiting a few months or spending $300 more, but maybe rhey have different features? Thanks!

At the moment Hapax is still in development and there are certain features the Pyramid does, which the Hapax doesn’t (yet?). I would recommend reading both manuals and question yourself what you want to use it for specifically.

I was going to do a video about this, as its an interesting question …

so the issue is… at the end of the day, they are both very capable midi sequencers, so of course, at a ‘broad stoke’ they can do similar things, so really its always going to be down to ‘details’ - as it would be if you also compare to other midi sequencers around.

as @maarten said, really first thing you should do is watch a video on Hapax and Pyramid, to get a feel for the main features, and whats new to the Hapax.

broadly speaking, I think there differences are:

workflow
imho, this is the biggest improvement on the hapax…
basically ‘patterns’ were added later to the Pyramid, so whilst functional on the Pyramid, they were not really integrated into the workflow… they always felt ‘added on’

with Hapax they are a core part, with the pattern mode replacing the sequence mode.

also things like Algos on hapax, which are designed to help inspire you…
(not saying they will work for all… but its a nice feature)

overall, the hapax also has many more buttons/pads/2 displays… so this makes it feel much more ‘hands-on’… less button combos etc.
(of course, this also makes it a bigger box :))

frankly, I just find hapax more fun to use.

features set / focus
there is not much on pyramid, thats not on hapax… and many are promised.
a good example of this is ‘instrument definitions’ , these exist on Pyramid, and are promised for a future update on Hapax… why? because Squarp want to improve them for the Hapax, and remove some of the limitations they had on Pyramid.

there is no doubt much less emphasis on polyrhythms (its more on polymeters) … however, you can still do this via track elasticity… but its not quite the same.
for most users this is probably a good thing, but if you are really focus on polyrhythms and tracks having different time signatures - the Pyramid may be better for you.

other pro’s on the pyramid is you can have longer tracks, higher track count.
… again, this is down to hapax being a bit more ‘focused’ that the pyramid.

of course, way too many new features to list on the hapax - dynamic project loading, algos, better hardware , more IO.
the other important thing here is many of the changes on the Hapax, have pretty obviously come from features that users requested on the Pyramid (but were not possible)
e.g.
tracks input can now be selected… rather than the limited ‘omni’ mode on they pyramid
you can load new projects while playing another one.

It’s funny, whilst on the surface, Hapax OS looks like the Pyramid, really they are two very different products imho.

then we have to be realistic… the future…

the pyramid has reached maturity…
for a few years, Squarp have said, really they can’t add any major features any more as its at the limits of the hardware… this is the natural course of hardware.
in many ways this is a good thing, it’s very stable, it does what it says on the tin.

on the other hand, whilst Hapax may have a couple of things missing… its the future, these will be added in later firmware. the Hapax has a lot more processing power and memory, so this is the start of its journey.

BUT I repeat, the release of Hapax does not take away from the fact the Pyramid is a fantastic sequencer - still one of the best out there, and its maturity/stability is an important aspect.
so both are great !

Weird question, but is there any comparison between entering like 16 bars of notes and the workflow? Like if you wanted to sequence the attached piece?

(Of course you would then want to add drums, bass, lots of reverb, but for now I’m curious about the workflow of sequencing the notes.

Thanks squarp for making fun instruments and the forum members for the info. 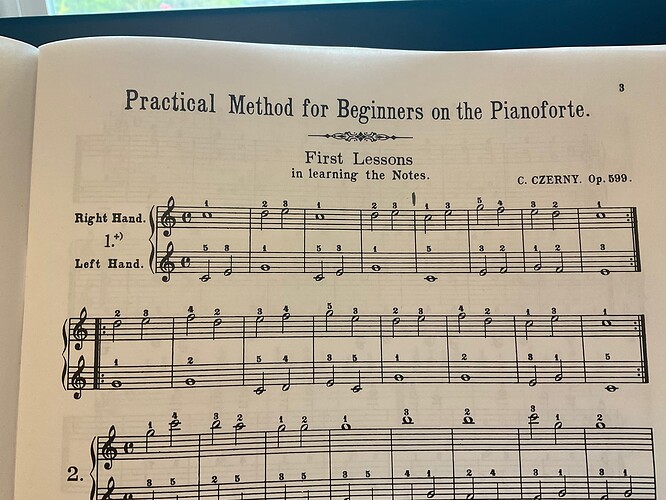 This was super helpful, thanks Thetechnobear.