I’m loving the Pyramid so far, however I find it a bit cramped sometimes when wanting to edit polyphonic steps, and I’m still getting used to the button combos. I think increasing the screen size and having the 16 steps in one row might go a long way in making it a tad more user friendly. I made a mockup of a sort of XL version of the Pyramid. Honestly, all it gives you is a bit more Pyramid without changing the core design too much. It adds a wider screen, wider touchpad, single row for steps and for an expanded 2-octave keyboard, more MIDI I/O, potentially more CV I/O etc, double the assignable encoders. 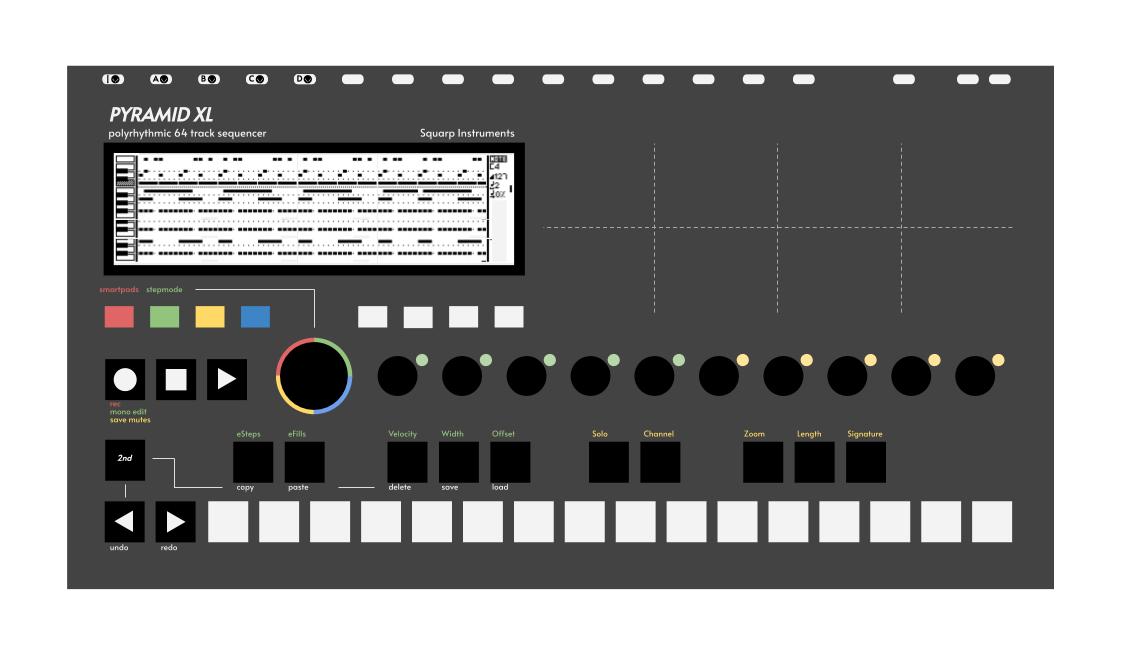 Here it is in comparison to an existing Pyramid:

I think this could look pretty good, but I’m honestly just looking forward to what the Squarp team cooks up next!

That is quite intense!

Suggestion: IMO Play and Stop buttons need to be somewhere less…‘busy’…to access. The lower left corner (as the current models are) is great in case you are in a dark or poorly lit space with the adrenaline of performance rushing through your skull and in your excitement you need to push a button while ‘in wacky perfomer character’.

ie - it needs to be in a place that you won’t accidentally hit that encoder.

Just a suggestion.
That’d be a thing I’d worry about because when I perform I get a bit…excited (read: sloppy). LOL

I like two rows… which are the smart pads? how can you distinguish them from the other pads?.. on the actual device this is illustrated by the fact they are on the bottom.

Interesting mockup… But I dig the size of the pyramid because a one octave keyboard could easily fit on a small desk along side it.

I agree footprint matters.
The Pyramid also perfectly fits on a K&M laptop stand that attaches to their spider stand!

Edit to Add: just popped by their site to snag an image and they changed the design…so: nevermind. LOL

Wait, found an image. The width is just a few mm shy of the Pyramid. 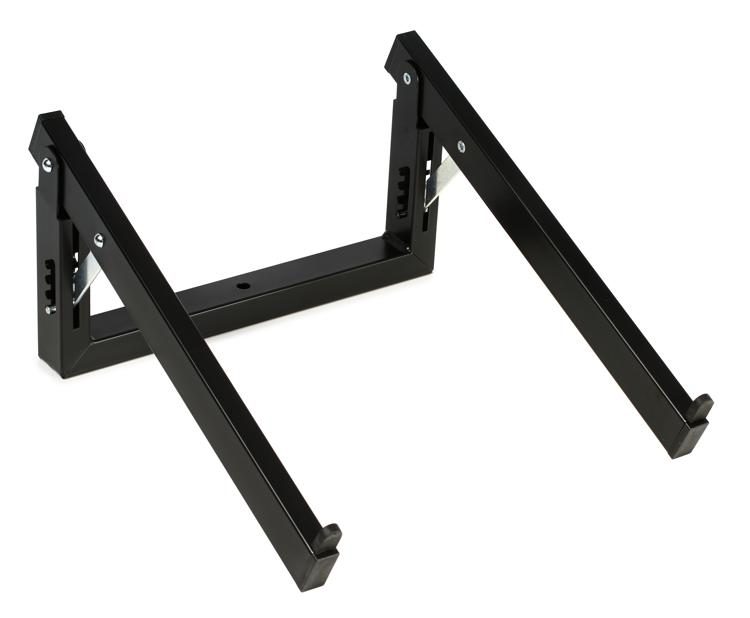 That looks like a really nice stand… I wish squarp would release the dimensions of the endcaps so I could make my own though.

The wood “sides”?
I think its more wood sides with two bars to rest the Pyramid on rather than attached to the device. Im not sure, tho.

Im okay without organics, tho.
Heh

yeah, all of which could be done with a little basic woodworking… Works fine without it… But it would be slightly prettier and more personal if I could make something that accentuated the pyramids beauty.

This is so sick

Nice idea. Though, I personally hardly use the X/Y pad so making it even bigger seems like a lot of space for something which isn’t as essential as other interface elements. Personally, I’d rather have an even wider screen (or 2 screens)

Really? It’s a lot of fun… I think it’s probably the most intelligently implemented XY pad I’ve ever used… can’t wait to map it to cutoff and res on a filter.

If you haven’t yet, give it a try, really.

Hold ASSIGN, drag your finger on the touchpad – assign filter cutoff to Y axis and resonance to X axis. A lot of fun…!

assigning chords to it is pretty sweet as well

Oooh, that sounds weird. Will have to try it!