Here’s some samples of kalimba for Rample. There are 44 samples (11 notes and 4 velocity levels for each note), plus 12 samples of special sounds. The samples are organized in 8 kits, ready to be copied to Rample’s SD card.

All the explanations below are included as a PDF file within the ZIP file, in English and French.

Kalimba is a traditional instrument originating in sub-Saharan Africa. Kalimba is made up of:

Kalimba produces a sound that is both soft and metallic, which blends well with electronic music. The sound of kalimba is similar to certain sounds produced by resonator type modules (Rings for example).
.

The recorded model is a Homeka 11 Elektro kalimba, tuned in G major.

The tines produce the following notes: 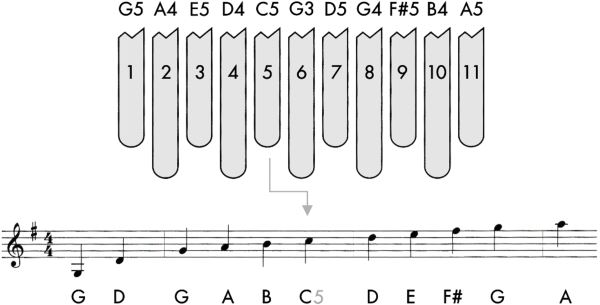 Each note was recorded separately, trying to limit as much as possible the resonance effects due to the simultaneous vibration of the other tines.
Each note has been recorded several times at different velocity levels, to allow variations in the sounds produced for the same note.

The recording was made on the 4ms WAV Recorder module, to which the kalimba’s output jack was connected via a Mutable Instruments Ears input module and then an Intellijel Mixup module.

The files were then processed on Audacity (conversion to mono, noise reduction) and on Wavelab (isolation of 10 second segments for each sample, increase in gain on the weakest samples, fade out on the last 3 seconds of each sample, record in 16-bit WAV format).
.

The All samples folder contains all recorded samples, regardless of their distribution among the 4 voices of a Rample kit.

Each sample lasts exactly 10 seconds: this allows them to be juxtaposed in a single WAV file and to use the start point and length parameters of Rample to play different samples on the same voice (see Rample user manual / Note about start section point & sample length).

Each sample file is named as follows:

(*) Tine pinched with the fingernail

Note: not all velocities are present in each kit, due to the maximum number of 12 files (layers) for a single voice (see Rample user manual / Multi-layers kits).
.

Contents of the kits

K1 - This is the kit closest to the way of playing kalimba: samples are split between SP1 and SP2 voices only, corresponding to the 2 inches that pinch the tines.
The samples of the G3 note (tine n°06) are present on the 2 voices, because they correspond to the central tine which can be played by the 2 inches.
Each voice has 6 notes, so only 2 velocities are present for each note. 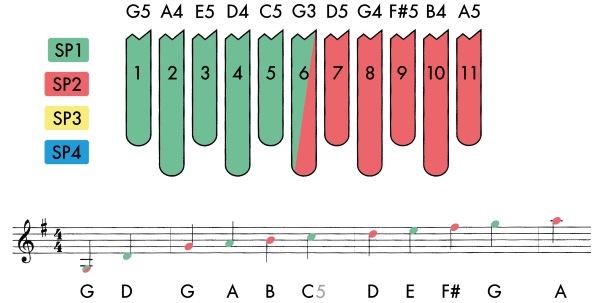 K2 - Same principle as the K1 kit, except that samples of the G3 note (central tine) are placed on an SP3 voice, they are not present on SP1 and SP2 voices, to allow triggering apart from this note.
The SP1 and SP2 voices have 5 notes, so only 2 velocities are present for each note (mp and mf ). Since the SP3 voice has only one note, all 4 velocities are present for that note. 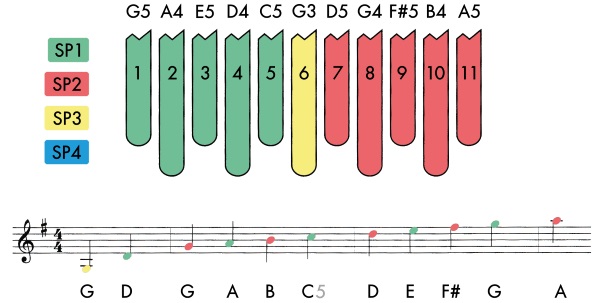 K3 - Samples are distributed over the 4 voices of Rample, classified in ascending order of tine number (from left to right on the kalimba).
The samples of note G3 (tine n°06) are present on both SP2 and SP3 voices.
Each voice has no more than 3 notes, so the 4 velocities are present for all the notes.

K4 - Samples are distributed over the 4 voices of Rample, classified in ascending order of note (from the lowest to the highest).
Each voice has no more than 3 notes, so the 4 velocities are present for all the notes. 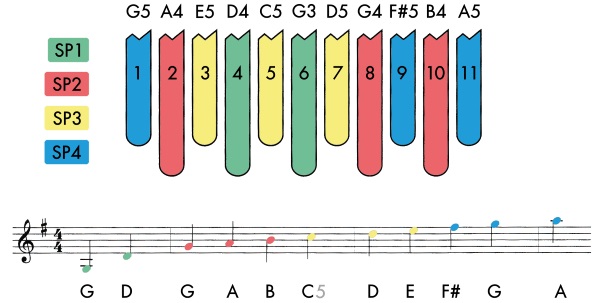 K5 - Samples are distributed over the 4 voices of Rample in a harmonic manner, notably by placing close notes that are not a root or a fifth on the same voice so that they are not played simultaneously. The two extreme notes (G3 and A5) are also placed on the same voice SP4.
Each voice has no more than 3 notes, so the 4 velocities are present for all the notes. 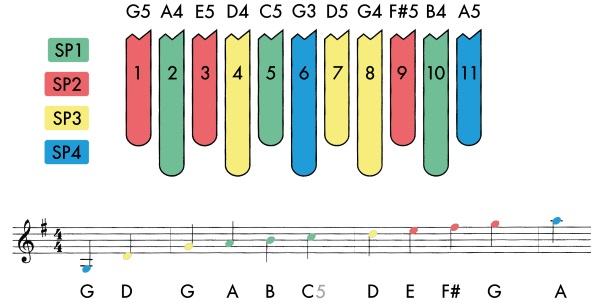 K6 and K7 - Samples are distributed over the 4 voices of Rample so as to allow arpeggios (with some variations of notes on some voices). Not all notes are used.
Each voice has no more than 3 notes, so the 4 velocities are present for all the notes.
The 2 kits have different harmonies. 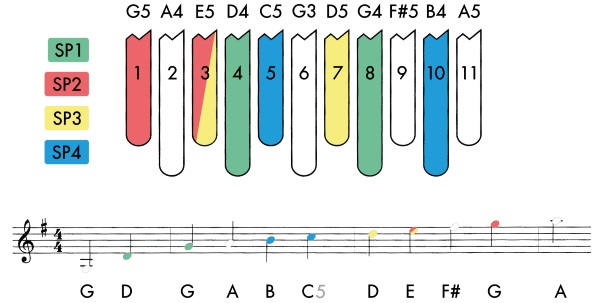 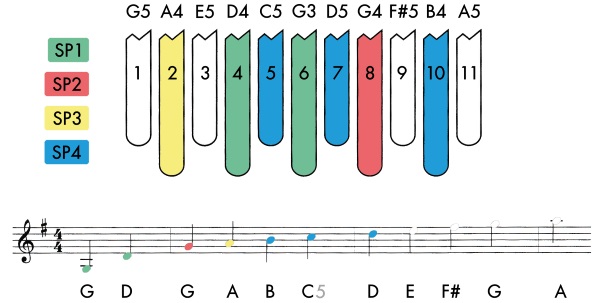 To change the distribution of samples between the 4 voices of Rample, all you have to do is modify the 1st character of the files (see Rample user manual / How to make your own sample kits).

The K8 kit features 12 peculiar kalimba sounds, produced when you sweep the tines or tap the wooden body to make the tines resonate together. All samples are placed on the SP1 voice.

Wow, awesome work !
Thanks for sharing

That is great! Thanks for sharing. I’m not (yet) into modular by my Blackbox will love this. I loved how detailed your describing the sampling process.

Just a question, I didn’t see any license, is this something you considered?

That is so great, thx so much.