I have been so much fun with the Pyramid for several months now… I use it with 2 romplers, an 88 key alesis q88 controller, and a bunch of 5 pin midi and cv hardware pieces.

And I never thought I would say this - but I am thinking of using an ipad with the pyramid!

I want to use the ipad for the affordability of certain virtual synths and its compact nature. Also I am curious about programmable options for the touch screen as a midi controller.

I am also interested in purchasing a newer midi controller and a lot of the options are not 5 pin but are rather usb driven and require a host.

The most compact affordable option seems to be the midi connect 4+ which is recommended on this forum.

Seems to be out of stock and discontinued - I could buy a refurbished or used one.

The Bome box and the midi hub (also both recommended on this forum look really interesting but they would both require a host (I think?) and I would like to limit the amount of things on the desk. But I am super open to possibilities and recommendations and perhaps 2 devices is the way to go! 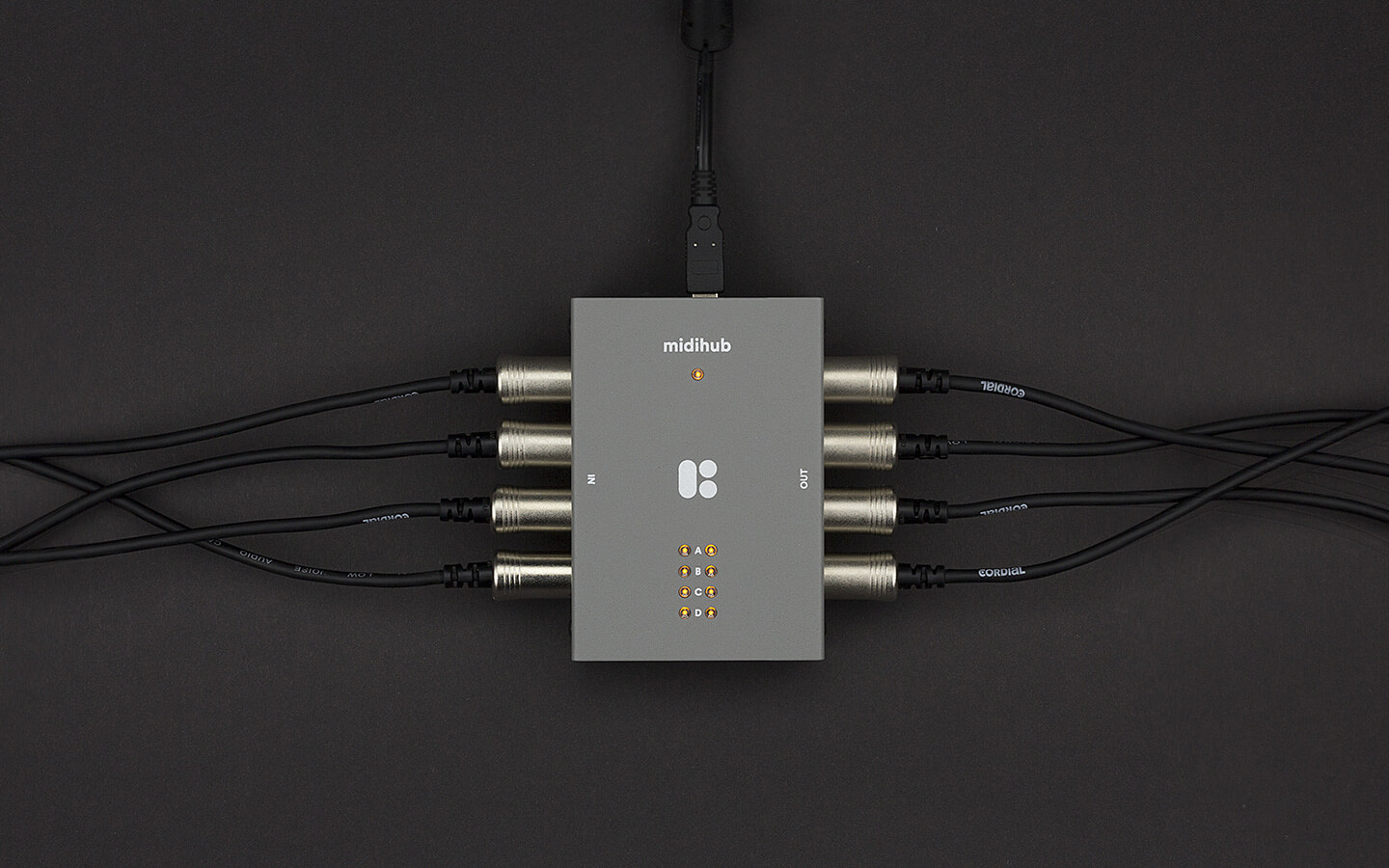 Midihub is a stand-alone MIDI event processor, router & MIDI interface. Using the Midihub's Editor you can set it up to process MIDI messages in any way you want!

https://www.bome.com/products/bomebox
also looppops video on the midihub and series on generative music is cool 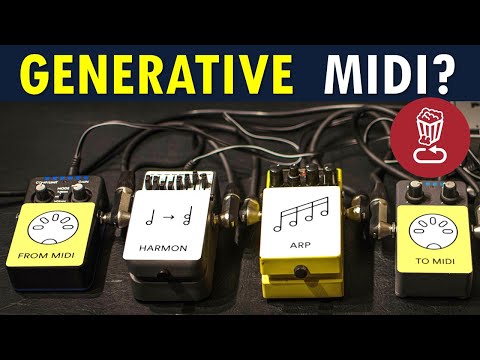 Thanks for any advice regarding ipad and pyramid!

So, I keep looking into this and it appears the audio / midi interface iconnect 4c is the newer version of the discontinued iconnect4+ Have questions about iConnectivity audio and MIDI interfaces? Here's where you'll get answers!

It seems only one of the 2 usb c ports can charge the ipad at same time as use for midi. So i assume that usb c port would be power and usb midi for the Pyramid?
Then the other port for the ipad or the usb midi controller.

Of course the more I look at it it seems 3 usb ports are ideal - 1. pyramid 2. controller 3. ipad with virtual synth.

Maybe it is possible to just use one of those usb ports or routers for ipad and controller?

Im confused (it’s not you, it’s me): do you want to use the iPad as a controller or to run a host for soft synths/VSTs?

As a controller, my limited understanding is that Lemur is the de facto standard. Something something was unavailable and now available again it seems.

As an audio source, i have nothing to add.

You also mention BomeBox and MIDIHub, which are Event Processors - at least the former is, which i use extensively in my rig to process & route contoller data, determine Track on/off status and implement control changes to the Pyramid, and process MIDI Events from the Pyramid en route to synths and fx processors.

The BomeBox doesnt need a host, but can act as a host for USB. I have my Pyramid USB plugged into a hub which is plugged into the BomeBox. The hub also connects to DIN MIDI via Class Compliant USB MIDI Interface. It also powers my Pyramid.

The BomeBox can also route MIDI Data and change the routings based in incoming Control Changes from the Pyramid.

Im not sure if youre looking at using the BomeBox for on-the-fly MIDI routing via control by an iPad, but that would be a matter of “logging in” to the Box via WiFi and a browser and it’s a bit…cumbersome, in my experience. (i.e. i would not recommend as a regular process for people with ADD).

For better results, i would suggest routing Presets and trigger via MIDI but we’re ahead of ourselves.

I’ve been mucking around with my Pyramid & Ipad for a while- it’s a great combo! Love making weird miRack synths & FX for the Pyramid to control.

To connect I use 2 methods:

With method 2- don’t power the 3 bits of kit off a multi-USB power plug. You’ll get loads of noise in the audio interface. Stick to an Apple USB wall wart for the Ipad & interface via camera connection kit as it’s silent. Chuck the Pyramid on a different power plug & you’re good to go.

My usual set up is Launchpad → Pyramid → 4i4 → Aum → AUV3 apps. Can’t clock + play slave Aum to midi-masters like the Pyramid, but it’s a nice host for apps (been meaning to look into Ape Matrix & Audiobus to fill that gap).

You know that once you’ve got the Pyramid midi’d up to your IOS DAW, just use your Alexis q88 with the Pyramid & have it send the q88 via send midi out as usual.

Thanks @shane0, @unfolding and @CreepyPants for your replies. Especially since my original post was convoluted

I ended up messing around a little with some ios apps and just didnt feel very inspired musically.

Though the portability/ simplicity of an iphone and a Pyramid (with battery pack) with the yamaha bluetooth midi- in a live situation is tantalizing!

I made a big leap for myself and purchased a K Mix as my audio interface/ mixer and it also has interesting midi controller abilities which I hope to try with pyramid.

I decided I wanted to focus on upping my recording quality within the sound making setup I already have been working with.

Anyone who is curious about hybrid mixing setups - the other option next to k mix with multiple ins and outs for usb and hardware multi tracking for me was the tascam model 12.