Everything you need to know about the new Elektron boxes (hint: don't buy) 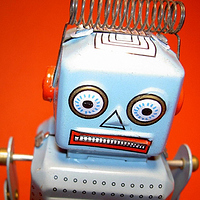 Just tried rebooting it again for the 15th time and now it’s booting up. Great… an unpredictable piece of gear that I got for live performances. I always enjoy doing live shows when you don’t know if your equipment is going to work or not.

It’s friday, I have holidays and all I want is to make some crazy beats with this beautiful piece of machine. But unfortunately my MKII won’t boot or even start anymore?

I press power button, lights are showing and display just shows elektron logo and firmware no. 1.40b.

After that it just happens nothing???

hey guys,
and the story goes on…!
finally I’ve returned my mkII and get a totally new one, also with a brand new charge of this year '18 , and not '17 as my 1st one.
also firmware 1.40b was installed already and I was very confidently that everything will work fine for me now.

BUT now I’ve got a complete new problem with this new unit.

every 1-10 minutes my drum machine gets “crazy” and just switched menus, pads or parameters the way it want which is just horrible!!! sometimes just the beat keeps playing but machine is also freezing again. no response from any button.
In both cases I have to turn off machine and restart it - then it will work perfectly … for the next 5 minutes or less…

It’s really sad… and there are several others with the same issue in just that one thread, and many others in other threads. Digitakts also.

Pretty much all the smaller gear manufacturers have some hardware quality issues, but Elektrons reputation is better than most I think? I think the bigger issue for Elektron is on the software side - early firmware releases are buggy, and they’re struggling to deliver on things like Overbridge.

Anyway, I find the Digitakt a perfect companion for the pyramid - sounds fantastic, its sequencer is superb for drums, and then the pyramid is great for everything else.

Of course, if you’ve been unlucky enough to buy a defective unit, you’ll probably have a different opinion!

Sounds like you’re unlucky. I know several people with these machines and no issues.
It’s true that hardware issues on these complex machines we all like is not unheard of and has been the case throughout history ; Roland JD800 had ‘sticky keys’ MPC Range fraught with issues, Juno 106 voice chips etc
Can understand your frustration

I never had any Problem with any of the Elektron machines(Hardware) wise.
I have the dark Trinity.
I never used or will use Overbridge -> reason I bought Elektron’s in the first place… to get away from the computer

U know, it’s the same thing with access Virus ‘Total Integration’ it just doesn’t work as advertised with usb connection. I almost wanted to sell my virus. Then I just switched from usb to oldschool midi and everything was just perfect and the elektrons, the virus etc. are perfectly in sync now.

My latest addition is the Pyramid, sequencing the virus on all 16 tracks, the rytm on all 12 tracks and the analog four on all 4 tracks. Octatrack is the master of all

like it should be and it just is a blast…

I can understand you’re frustration but this is definatly not everything u need to know about elektron machines.

I did actually spend some time browsing the elektron forums. There have been many many people reporting hardware and firmware issues with the new machines, including people in retail. I’m not going to give a long list with all the threads and comments about this but most of it is still there.

For machines costing what the new Elektrons cost (especially the Mk2 boxes) these issues are totally unacceptable. If you make the mistake of buying directly from Elektron you have to pay for the return postage!

Elektron as a company is shell of it’s former self unfortunately. QA has gone to shit. Overbridge is disaster from a business standpoint and when they expanded operations it did little to expand their actual business. I stopped investing in Elektron years ago and have been making the best music of my life. Their marketing is their best quality-definitely not their hardware or software. I am so very glad I didn’t fall for the hype this time around or I’d most likely be one of the unfortunate people dealing with their latest offerings. No thanks…been there, done that…never again.

I’d say alot more people are truly happy with they’re Elktron gear including me and yeah I’m talking about the older mk1 gear… didn’t try the newer and not bothered to upgrade, I’m happy with what I have now.
Yes I have also seen alot of posts about quality of the mk2 models and the smaller unit like digitakt etc.

I mean there’s also a thread here of this guy who has issue’s with the Touchpad of his Pyramid. Does he make a thread now hinting people to not buy squarp gear? no he doesn’t because it’s a small percentage.

More and more people want more stuff at less price but with all the bells and whistles… Companies answer to tht… hence less quality, thts just the way it is guys…

Agreed, their older models are quite durable for the most part, whereas their newer models are more fragile and the QA is sub par. Pre-Overbridge era was the best time to invest in Elektron instruments. I’m still a frequent user of their gear but I noticed from the day I received my A4 that their QA was suffering as my unit had a screw on the chassis so tightly screwed in that the paint was chipping around the head of the screw. From that point on I hesitated to buy into anything new from Elektron, especially when I predicted the difficulty they would have with Overbridge. Got off that boat years ago and didn’t look back.

Yes John with tht I can agree… I bought a nice gold face plate for my OT only to have to drill one screw out because it was way to thight and i broke the screw °.°

About the overbridge… I never used it and probably never will. I want hardware to get away from software. Like I said before the same thing happened with Access Virus Total Integration.
It just doesn’t work as advertized and they just can’t fix it… I can agree about not advertizing something tht doesn’t fully work. On the otherhand alot of people are screaming for more and more new content with updates etc tht companies try to deliver and can’t really satisfy everybody in the end. It goes on and on… just the way our World turns today

What u are saying is constructive but I don’t think this topic should have a name like tht, especially since SOOOOO many people love they’re Elektron gear -> also for the Build quality the company was and is known for (so far)…

More and more people want more stuff at less price but with all the bells and whistles… Companies answer to tht… hence less quality, thts just the way it is guys…

But they didn’t drop their prices. The Digitone has a whopping 8 voice polyphony. It’ s a digital synth in 2018, and costs over €700. The Rytm Mk2 costs around €1400 and is the same as the MK1 with added very basic sampling capability and fancy LED buttons.

The bottom line (IMO) with expensive gear is, is it worth the money? Hence the title of the thread. It is just my opinion. Not worth the money. And I am sick of the pathetic fanboyism at the Elektron forums and elsewhere.

U know what m8… it’s you’re thread, have fun and good luck with your Gear and keep the positive vibe going

But seriously, I love my Elektron gear and as a frequent user of their instruments, Imo their QA is not what it used to be. They completely abandoned their own mantra of “Making Music Is Supposed To Be Fun-That Is Why We Make Hardware.” What happened? I can only surmise the decline in quality is due to the amount of time and resources dedicated to the Overbridge integration. Had they distributed a survey to users and potential users of whether or not we wanted digital integration with computers I’m pretty confident in saying that it would have been a majority vote of “Hellll Noooo.” Histrorically, Elektron have always been super secretive and the Overbridge concept and execution was no different. I just hope their next move won’t be making hardware controllers which will be largely dependent on the computer to actually make some music.
All that being said, the OT is still their golden goose…that thing is a desert island device…providing you have a great sample collection…and take the time to master it.
And it doesn’t need Overbridge to produce amazing results-just a great mind. That’s what I love about it most-all you really need is a golden ear…knowledge of music theory is hardly required. It’s a swiss army knife of sample based music production; if you can think it, you most likely can produce it on the OT. And if you want more composition methods, just pair it up with any MIDI controller and go nuts. Damn…I hope Elektron doesn’t lose that drive to keep innovating. Anyone remember Hector?

I agree they’re really messing up with their Overbridge over-promising on the new machines, and the wide reports of crashes on the Digitakt was worrying. I’m not personally interested in any of the new stuff anyway, but would be very cautious if so.

But sample loading to my Rytm MkI is just fine and always has been using their C6 program (I think it’s just a basic sysex transfer application). It’s slow as hell, of course, but that’s not a worry for me. I think the old version of Overbridge still works with my MkI last time I tried, though I never use it.

I’m a elektron user since almost 13 years now - my experience:

2005 bought an Machinedrum - no Software or Hardwareissues - great machine
2010 bought the Machinedrum MkII - everything is perfect - nice update for the MkI. After a few years I had to send it in for some repair. It was free and got sorted quite fast.
2011 bought Monmachine - fantastic synth - not any issues
2012 bought the Octatrack - after waiting for quite some time after introduction of the OT the software was on a useable level … I had a very few smaller software issues that got solved
2013 bought an Analog Four - first unit some encoders were sticky (the stayed pressed down when pressed down) - the replacement unit same issue with different encoders - the third unit was fine
2016 bought the Analog Heat - same Enocder issue, needed two replacement units
2016 bought an Analog Rytm - no problems
2017 bought the Digitakt … massive software issues for several weeks almost unusable
2018 bought the Digitone … no issues