Do you know of a way/workaround to limit polyphony?

What I want is limit a track to only playing 1 note at a time. I tried fiddling around with the chance FX but I still end up getting multiple notes at the same time.

Have a good day

thats an odd request … where are the extra notes coming from ?

I guess you are trying take a chord sequence and play it on a monosynth?
but, does the mono synth, not already handle that for you?

my virus has mono modes, which basically say how to handle poly input into a mono patch (as there are different strategies)

theres no concept of this in the pyramid.
its kind of unsual for a sequencer to do this, as really this is a ‘voicing’ issue, which is usual done by the sound source. (as above)

the only thing I can think of is to use an ARP, as that will kind of ‘serialise’ the notes over time.
it might work in some scenarios , but its not really a ‘general’ solution.

Thanks for your reply thetechnobear

What I wanted to do was fiddling around with the polyphony, shifting between number of simultaneous notes but off course it’s possible to do that on the synth as well with CC automation

yeah, nothing like that on the pyramid… (not sure Ive seen on another sequencer )
you could try sending a feature request to Squarp, see if they like it , or could be incorporated with some other fx

Something like what Olivier does using FX in this video? 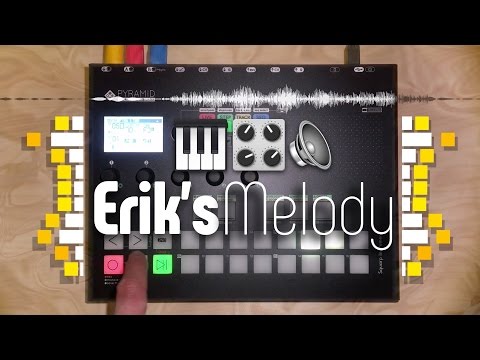