I would like to hear a song composed using HAPAX

Please tell us what you composed in HAPAX.

I second that, would like some new videos to hold me over until mine arrives. Please. 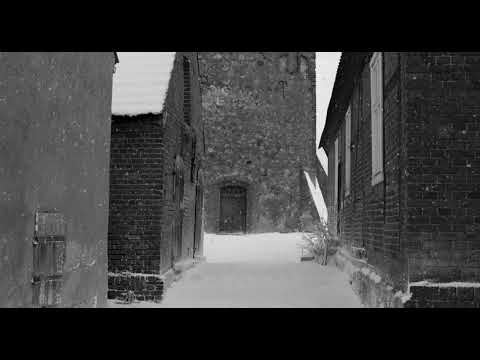 Composed on the Hapax. Synths are Hydrasynth and Virus TI, drum samples on the 1010music Blackbox. Analog filter on top of everything.

The automation lanes of the Hapax helped bring instruments in and out, modulate stuff like frequency and saturation, modulate panning, and do that little filter sweep in the middle.

The roll parameters and trig conditions allowed me to chop up that drum sample in that way, creating little beat repeat patterns at different rates.

Can’t imagine making this song on anything other than a DAW. But on the Hapax it was seamless!

No video, and not the best mastered track ever, but here’s something I did on the Hapax. Synths are Prophet 6, Vector, and Micromonsta 2. Drums are the Syntakt, sequenced on its own.

The most recent 19 videos (going back to March 13th) are all Hapax + synths. I have been doing Weekly Beats this year so its been keeping me on track, and grabbing the Hapax on release day was a godsend.

There is also Insta, which is just dupes of the youtube stuff, but in a different format.
matthew (@matthewtallen) • Instagram photos and videos

Just about everything on my channel recently. Here’s an example: 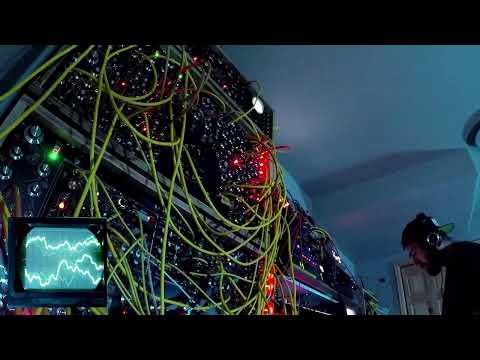 For something a little different, here’s a ditty I put together using Hapax to control some Spitfire instruments in Ableton:

I’ve been struggling to finish this song for way too long. In fact, I’m still not sure this actually is a song. Originally I made parts of it on Pyramid and transferred everything to Hapax last week. Which is much better suited to my way of working and allowed me to make more progress in a few days than I had made the last months.

Instruments are A4, Minilogue XD, Nord Drum 3P, Evolver, Digitone and TR-8S, all sequenced by Hapax.

My first song composed with Hapax: 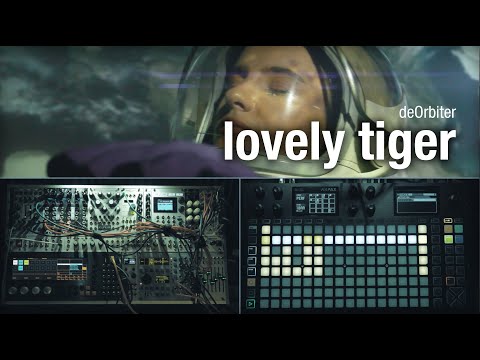 I made a little doodle while trying to get familiar with Hapax: 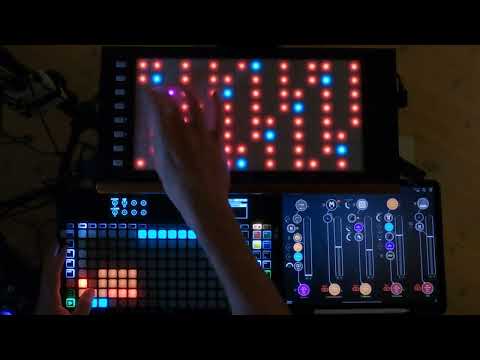 Originally I made parts of it on Pyramid and transferred everything to Hapax last week.

Sorry for going off topic here. How did you transfer old projects from Pyramid to Hapax? I have quite a few I’d like to try that with.
I apologize if I missed the obvious, but having read pretty much every single post on Hapax in this here forum I don’t remember encountering it before.

Oh, I did it the cumbersome way. Which, I fear, is the only way for now. Had the Pyramid follow the Hapax clock, created tracks+patterns, made sure the length matched and then recorded everything track by track. The Hapax setting to stop recording at pattern end really helped. Did this with about a dozen songs, became reasonably fast at it after the third or so. Note that I never used the Pyramid’s more intricate timing features past a few sketches (which I didn’t “transfer”).

Thank you. Really appreciate it.

A little exploration of polychronicity. 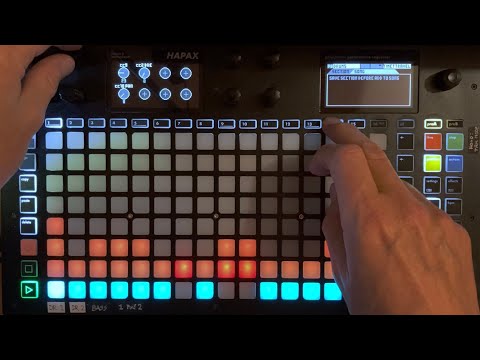 This piece started from the purely academic idea, to see if I could put the polychronic abilities of Hapax to use. Polychronic, meaning multiple tempi running at the same time. And in this case, the tempi are only deviating from each other a tiny bit, so notes will slowly move against each other over time. (A concept Steve Reich pioneered in the mid sixties.)
When I bought the Hapax, I doubted that I would ever use this feature, but I must say that I found it oddly satisfying to work with.
In the beginning, the second pattern I engage, is a fraction slower than the first, creating a constant cycle of tension/release. Later I introduce a “trumpet” part, that consists of eight notes, each on its own track. Three of these tracks have slightly faster tempi, causing the phrase to constantly change. Given that the sound source is monophonic, every time one note happens at the same time as another, the two notes are “merged” into one for a brief moment.

The rest of the tracks all have their own way of being a bit twisted, - polymetric or polyrhythmic. And I made sure that not a single note is randomised in any way, because I wanted to keep focus on the rhythmical complexity, and not break the coherence by letting stuff happen at random. The only “random” thing is me, performing the piece by muting and unmuting tracks.

A note about track mutes: I am using empty patterns on the bottom track as track mutes. I cannot imagine how annoying it would be to perform this piece, using the Hapax mute buttons (top row) that 1. requires that you hold the mute button top left, THEN push the track button, and 2. provides visual feedback that is severely underwhelming, compared to the empty-pattern method you see used here.
The empty-pattern method is a great work-around, but it has a limitation: You can not really use it if you work with song mode, because everytime the song section changes, your mutes are reset.
That is why I have asked Squarp for an option to sacrifice the bottom row of patterns to become full-blooded mute buttons. I kind of doubt that this will ever happen, but now you know where I am coming from, as I think this video is a good testament to the alternative mutes.

What you hear is all generated by various plugins running inside AUM on the iPad. 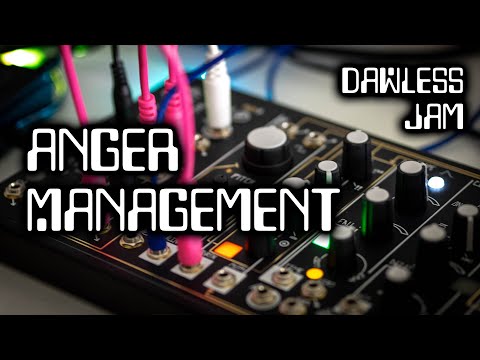 I do jam videos on my channel, they’ll probably almost all feature the Hapax now. I’m in love with that thing! Life (work mostly) was somewhat stressful during the last month, not least in part because of the thing that made me angry enough to vent some of that anger in this track here that turned out to be something dark techno inspired.

The video before this one was a polyrhythm with 5/4 drums and 7/8 melodies, this one is much more straightforward. I even removed some automation I had first added, because I wanted to twiddle the knobs myself.

But the way this thing interacts with MIDI and CV is so awesome! Makes it easy to control anything in any way I like. And it’s so easy and fast to use, too! Doesn’t get into the way at all.

The glitches here are something I don’t 100% understand. I think they stem from the MicroFreak being confused by the clock signal somehow. They only started showing up once I started sending clock sync and transport to the MicroFreak (and the LFO that controls the bandpass filter is tempo synced). I love them though. That unpredictability is exactly why I love hardware! The MicroFreak’s part in the track is much more interesting with them.

Here’s the first video I’ve recorded with the Hapax… It’s a long one at 45 minutes and like the ‘Curate’s Egg’ its good in parts (mostly).

Full run-down in the YT description and you may need to skip to 16 seconds in to get it to start (depending on if YT editor ever processes the removal of the first blank seconds).

Be warned though there are some pretty hairy experimental sections… especially the CocoQuantus bits… but thats what I like to do these days and the reason I bought a CCQ!

I really wasn’t sure if I would make this public so for now its unlisted. At some point I may re-edit the video and make it more snazzy to release to the wider world but for now here it is unlisted for all you Hapaxers instead. 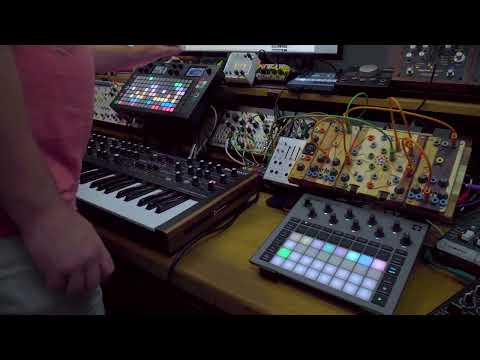 I was thrilled when my little MAM MB33 suddenly started to talk and sing after exploring the effects.
Since it somehow reminded me of Indian ragas, I looked for a tabla loop and tested the section and song functions with it.
I had a lot of fun. 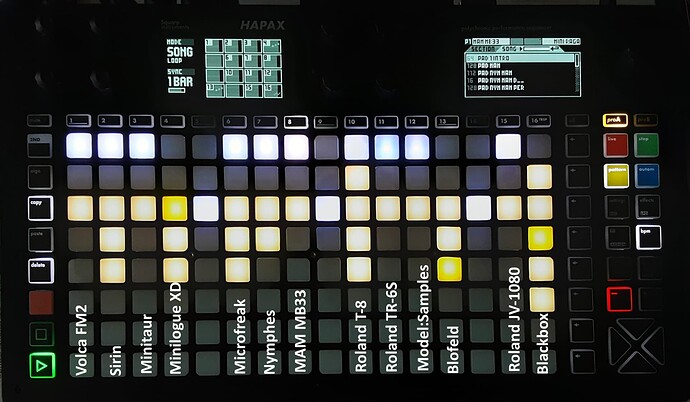 You might not believe it, but the MAM blaring that runs through the entire piece (from bar 4) is based on one single four-bar pattern and effects! 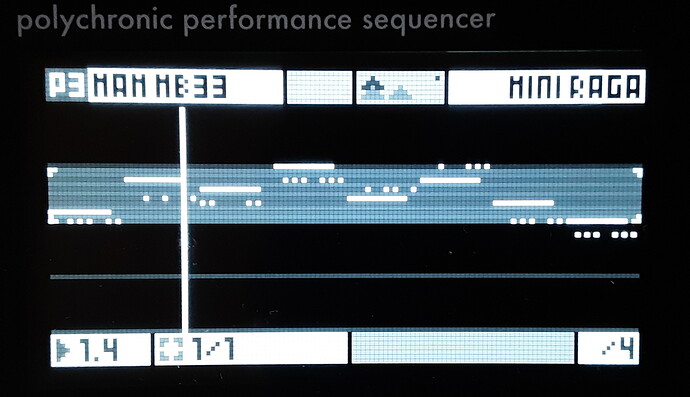 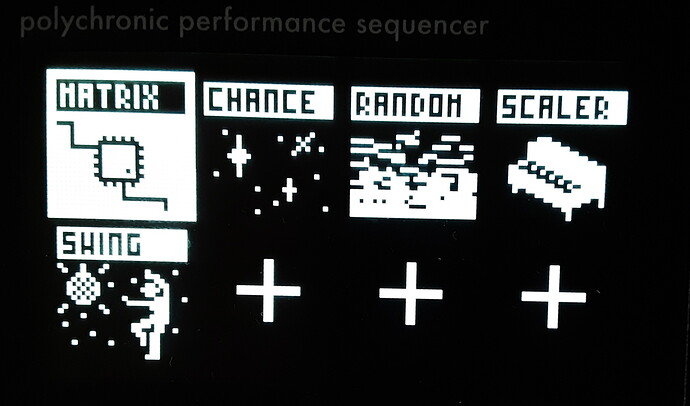 (The entire song is based solely on Hapax triggering hardware synths/drum machines.)

Excellent idea to use polyphonic material + chance/random/etc. for a monophonic destination.

Fun fact: All of this is within the lenght of one pattern:

Hmm, dropping a link to instagram does not seem to work. Not sure if I am doing something wrong.