Greetings, a question and a suggestion

Just got a Pyramid last friday, it’s my first hardware sequencer and I’m very happy with it so far.
All the synths I’m using with the Pyramid beside one (a Crumar Bit99) don’t have any CC or recall capability, with the Bit99 I noticed that in one of my saved projects the Pyramid sets the correct patch on the BIt99 as soon as I open the project but in all the other projects the patch remains the same as it was before opening the file. I don’t know what I’ve made in that one project to make it recall the patch.
Anyone can suggest me what is happening? It would be nice to make the Pyramid recall the patch on each project (or sequence if possible).

The only thing I’m having a problem with until now is the metronome, it stops after the initial countdown, is there a way to make it continue while you are recording? I come from decades of playing acoustic instruments (guitars and drums) and I’m used to hear the metronome in the background while I’m playing. I solved this by creating a “metronome” track with a drum sound, so no big deal, just curious if is possible to set it to continue playing during the recording.

Finally a suggestion to all new users, if you’re having some troubles learing the sequencer, print the manual. I’ve watched all the tutorials available on youtube before buying the Pyramid, hours of content, and when I received it I was almost completely clueless. Next day morning I decided to print the manual and in a couple of hours I was already finishing sequences and putting togheter songs structures. A printed manual would be nice to be included with Pyramid, here’s a pic of mine, totally worth to pay to print it.

Best regards to everyone, cheers from Italy 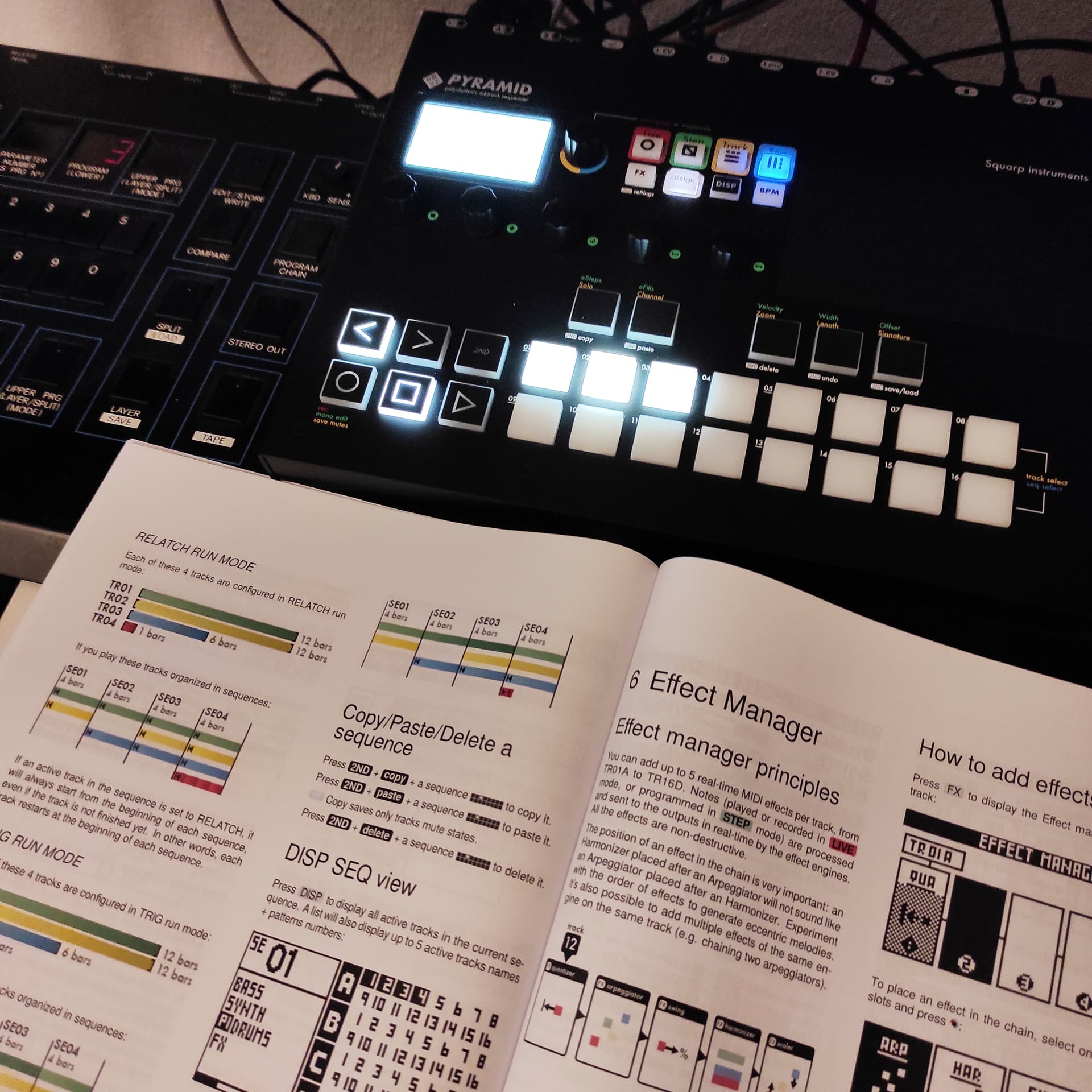 Hold 2nd and press Live and that toggles whether the metronome will be on or off during play. Good luck!

Off-topic, but did your Pyramid come with a paper manual? Mine didn’t and I must say I sorely miss it.

It’s not off topic, maybe you didn’t read the post and only saw the picture.
I wrote that I printed the manual by myself and I suggest to do it because it’s great to have it in your hand while using the Pyramid. Print it in full color, not black and white